In 2018, two new SOS Children’s Villages were opened in quick succession in western France. They now offer around 70 children a warm and cosy home. Saunier Duval kitted out the houses – 15 in total – with modern heating technology.

Two boys, two girls, one house – they made it their own in next to no time. SOS mother Anne can’t help but grin when she talks about how the siblings, two girls aged twelve and eleven and two boys aged ten and eight, quickly left their mark on the house – house number 1. “The children moved in during the summer. They had chosen their bedrooms during the first visit, leaving their stuffed toy there as a guardian.”

The house is one of eight family homes located in the village in Beauvais-sur-Matha, around an hour’s drive from the west coast of France. It also has a community hall. All of the houses are new-builds. 36 children have found a new home here.

“Most of the time, the existing childcare facilities cannot guarantee that siblings are cared for together,” explains Isabelle Moret, Director of SOS Children’s Villages in France. “We know, however, that the bond shared by brothers and sisters is key to ensuring the well-being of children who have experienced a difficult family environment.” The homes in Beauvais-sur-Matha have room for up to six children. Siblings can stay together here. Just like these four.

The children, who have now found their SOS mother in Anne, were the first to move into the village. Louise and Emma, Léon and Lucas (their names for the sake of this article, at least) now all attend primary school in Beauvais. “It’s a short walk away,” says Bintou, the family assistant who supports Anne with housekeeping tasks. The children have already found hobbies they enjoy. “Louise and Emma go horse riding, while Léon and Lucas play football and practise judo.”

And they have made friends, both in the children’s village and also in the local area. The eight family homes have gradually filled up since summer 2018. Even the community hall has been given a splash of colour and now features faces with aluminium noses and googly eyes. For Halloween, the windows were decorated with big pumpkins and ghosts. There’s also a small playground where the children can run around right on their doorstep.

“The village, just as our house, is absolutely beautiful and very comfortable,” Anne and Bintou are agreed. It’s just like a modern town house development. In the garden there’s a drying rack; two pairs of trainers sit in front of the door. A balance bike and a buggy are parked up a couple of houses down. The kids have certainly settled in and literally transformed the village into a real children’s village. Even the letterbox in front of the community hall has their hand prints on it and someone has added the words “Merci” and “Bills, postcards, letters”.

“We are glad to be here,” says Anne. She is an experienced SOS mother who previously spent almost 20 years working at the SOS Children’s Village in Châteaudun near Orléans. “I decided to join SOS Children’s Villages to share my joy of life and bring some joy to children who need it,” she says.

Bintou supports her as an “aide familiale” – a family assistant. She used to work in a kindergarten. One day she came across an advert for SOS Children’s Villages. “I knew that I wanted to be a part of it.”

The work demands a great deal from the women and their colleagues. The children have gone through a lot and experienced some traumatic circumstances. It is Anne and Bintou’s job to organise day-to-day life; they have to build an emotional relationship yet also be prepared to take a step back. To be a family – for a time. The women have to show tremendous self-control here.

There was a huge and urgent need for the villages in the Charente-Maritime district. Rather than the six family houses originally planned for Beauvais-sur-Matha and a further six in Gémozac, the district ended up funding the construction of eight houses in Beauvais and seven in Gémozac, creating new homes for around 70 children. The two SOS Children’s Villages are really similar in terms of their architecture and fit in well aesthetically with the local surroundings. The technical systems installed in both locations are also the same. 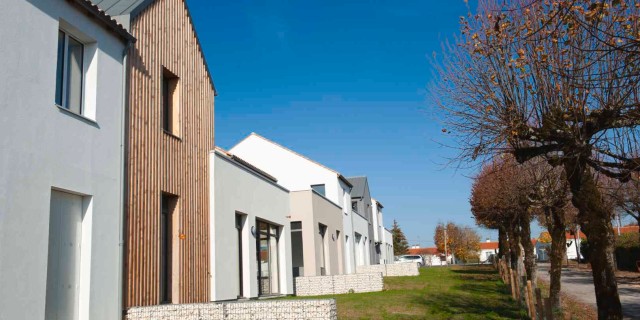 "Efficient heating technology is what we do best."

Heating and cooling with renewable energy

In Beauvais-sur-Matha and Gémozac, Saunier Duval heat pumps provide heating in winter and cooling in summer. The Vaillant Group in France has supported the two projects since day one, both as partner and technical advisor for building services. Although many gas-fired boilers have already been installed in SOS Children’s Villages throughout France in recent years, none of the projects involved heat pump systems or were quite as extensive as this one. Besides the 15 heat pumps for space heating, sufficient hot water had to be ensured – no one wants a cold shower. This all amounted to quite the showcase project. Not only does it benefit SOS, but also the environment.

“We have a very clear goal in mind: we want to give the children living in SOS Children’s Villages the gift of warmth,” explains Alexandra Deschamps, who has passionately worked on many SOS projects in the past at the Vaillant Group in France. “Providing efficient heating technology ultimately forms the core of our global partnership with SOS Children’s Villages. And it’s what we do best.” 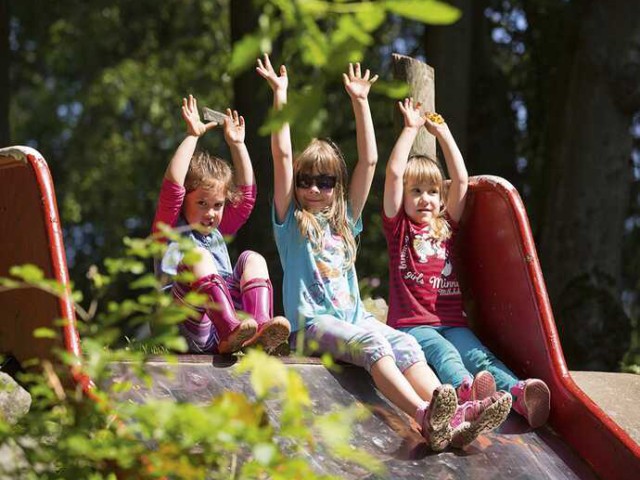 Because every child needs a new home

The Vaillant Group’s partnership with “SOS Children’s Villages worldwide” has been a success story for more than five years. It is about environmentally friendly heating technology, but also about ideas, commitment and joy – about warmth in many facets. A better future for children and families

In 2018, the Vaillant Group and “SOS Children’s Villages worldwide” agreed to continue their existing partnership. Petra Horn, Managing Director of “SOS Children’s Villages worldwide”, and Dr Jens Wichtermann, Director Corporate Communications, Sustainability & Politics at the Vaillant Group, have jointly reflected on the past and attempt to forecast the future. 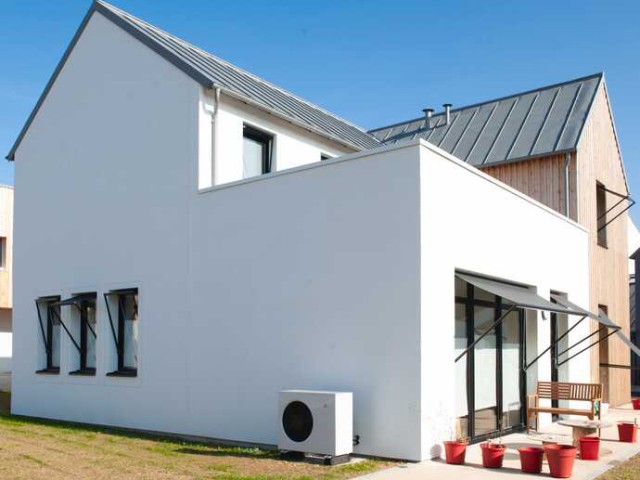 Heat pumps: energy-saving and good for the climate

It was the biggest SOS Children’s Villages project in the history of the Vaillant Group in France. Fifteen large family homes split between two villages were in need of a heating system that conserved as much energy as possible.